Hello Germany.
Managed to get out of Belgium, through Luxembourg and France and into Germany, welcome to Freiberg.
Car has been running great and even if it hadn’t we’d be sure to get some help from all the other guys and girls out on the road. 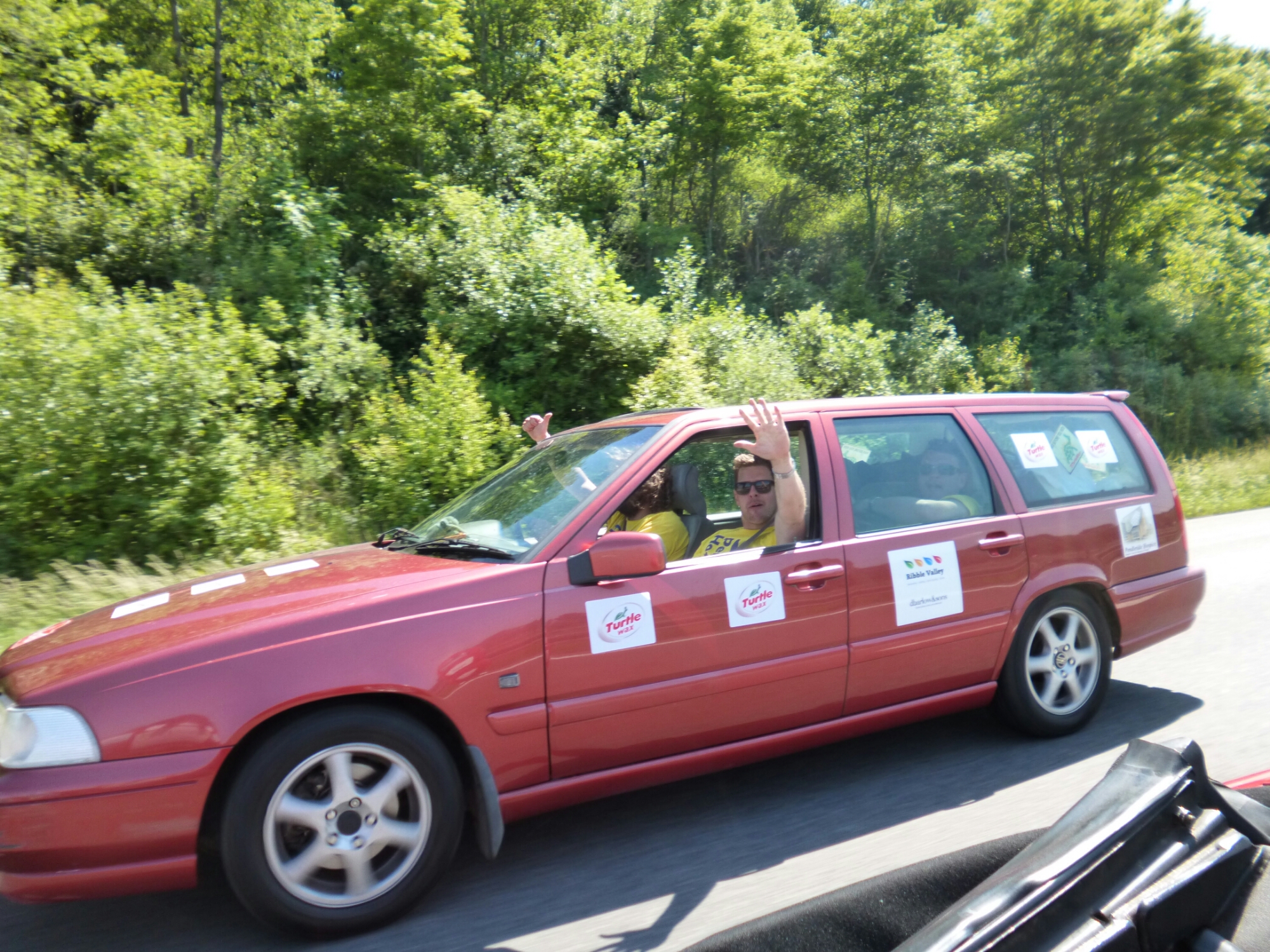 Made it to lunch…
Set off from Belgium in bright sunshine and haven’t looked back. 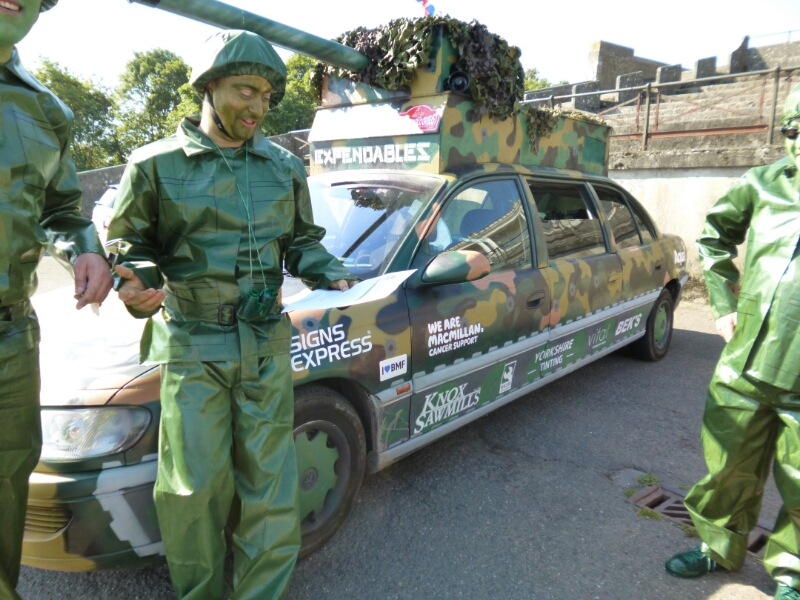 At the start line with the lads from Harrogate

Off and at it again after lunch in Metz, heading for Freiberg in Germany.

We have made it to Belgium in one piece. Met some guys from The Expendables on the boat, great lads from Harrogate, did a bit of the journey in convoy.
They have taken a stretched limo and added a cannon, with 20 gallons of water in the boot someone is going to get a soaking! 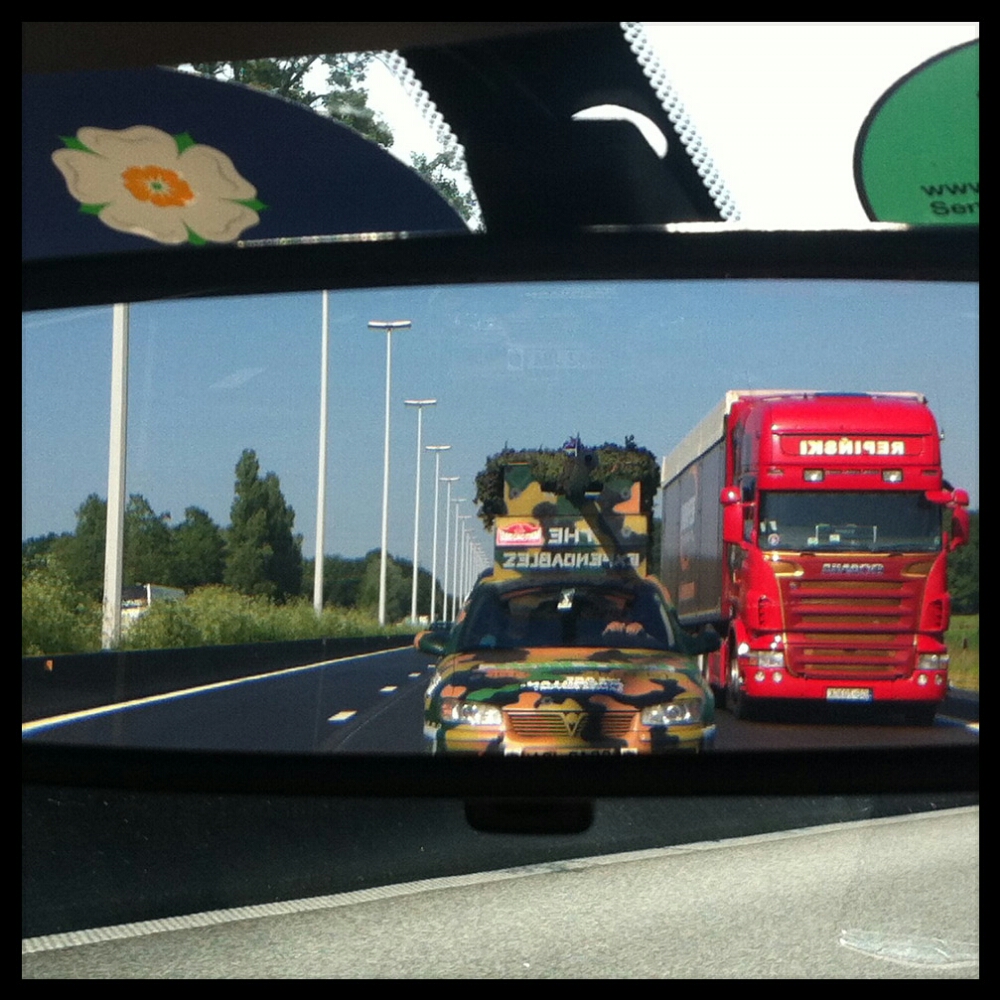 Now installed at Les Tanneurs which is great. Got another team parked outside too!
Next stop is registration and we have already scouted that out!

Tomorrow, Tuesday, Mick and I will be featuring on Radio York at 8:30am. We will be taking the car over to them and answering whatever questions they have for us. Hopefully we will manage to raise a couple of quid too! Think it will be the first outing in the team uniform. 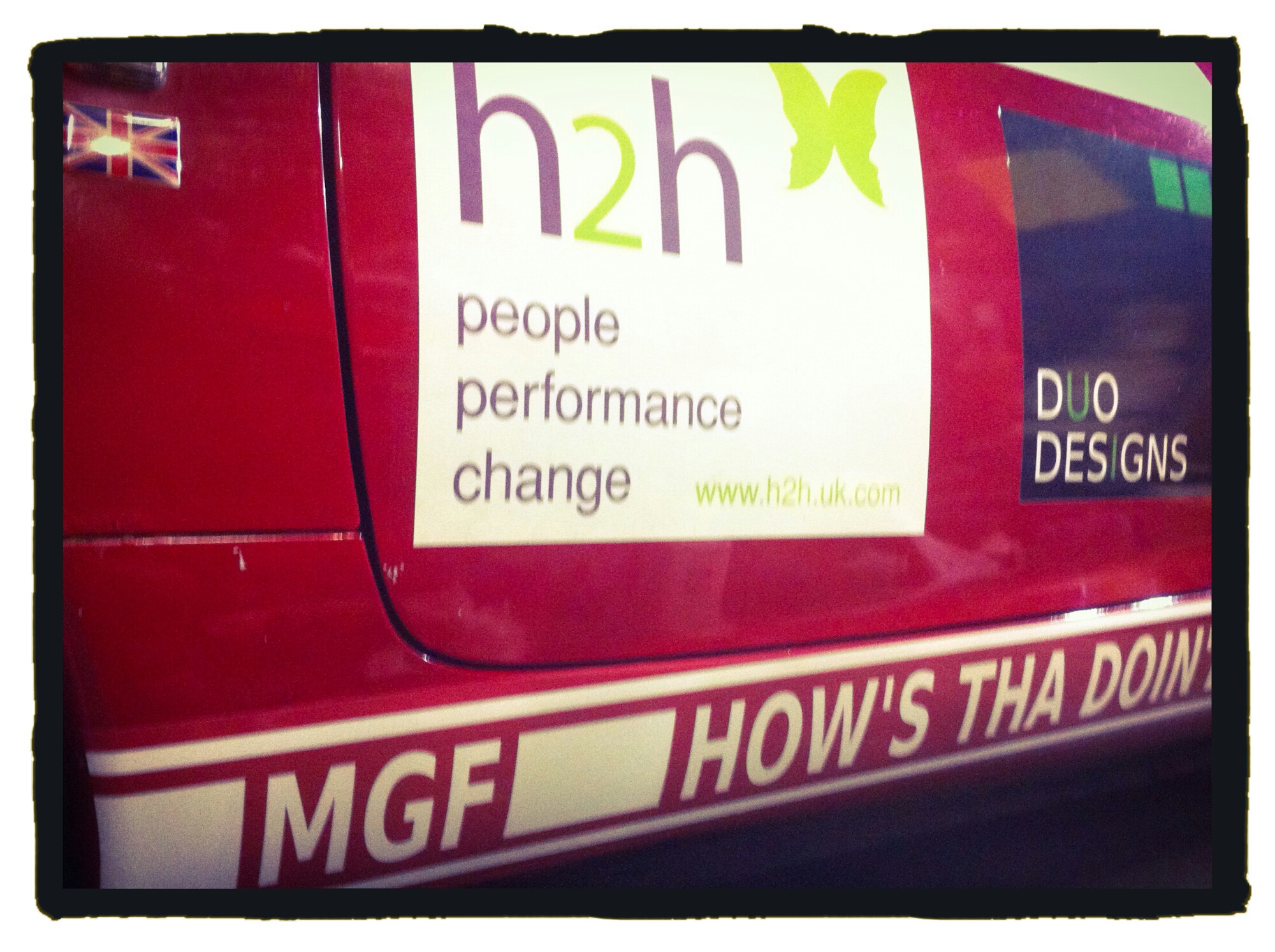 Obviously the car has been faultless up ’til now (with enough beer on board Mick and I might actually admit how untrue that is), but we thought that a bank holiday was as good a time to put the last couple of things right. 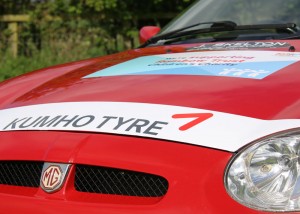 Kumho tyres helped us out

On with a new suspension upright, well a rusty old one off eBay, to cure the noisy wheel bearing and a quick check to see if the engine cooling fan had actually cured itself, which it has, and we were all done. 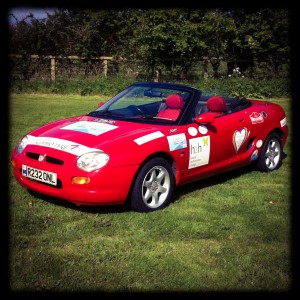 With only two weeks to go the fundraising is going into overdrive.

The car is now fully operational, it has been emotional…

Sponsors logos now adorn our not so trusty steed, there is still space available if you or your company would like it and rates are very reasonable.

Don’t forget that this event is featured in local and national press and all monies raised go directly to the Rainbow Trust. 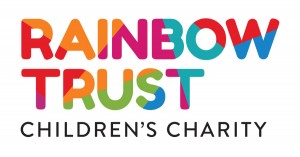 Please have a look at the Rainbow Trust website for information about the organisation and the valuable work that they do. 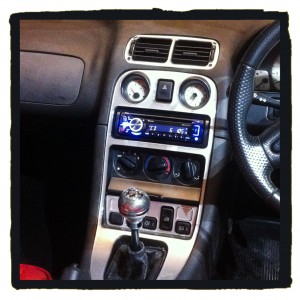 Moving the car late one night we noticed the lights were a little wonky so a plan was hatched, take another car with good lights and match the beam pattern. Adjusting screws located, it was just a matter of turning one small plastic adjusting screw, and this is where it ended. 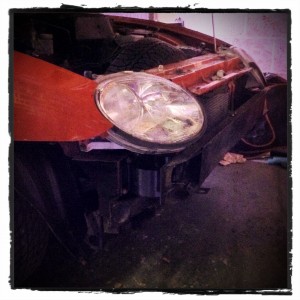 So the little plastic screw got damaged and the headlight had to come out, off comes the bumper to reveal the front impact bar. That had a nut missing from the main mounting point and a bolt wedged in at a jaunty angle on a single thread, now this is a banger but I am an engineer. Support bar off, hole re-tapped, nyloc nut located and all back on. More missing bolts located and now the slam panel fits but the offside headlight position looks wrong because the surrounding panel is all bent out of shape, out come the big hammers. Now that the front end is actually attached to the car, and all the panels are roughly where they should be, we can finally adjust that little plastic screw, once I have put the front bumper back on. Oh and the headlight that needs adjustment also has a big chunk missing . Someone decided that plastic is softer than steel and decided to cut one of the main locating points clean off the light rather than cutting the small bolt attaching it to the car, genius! 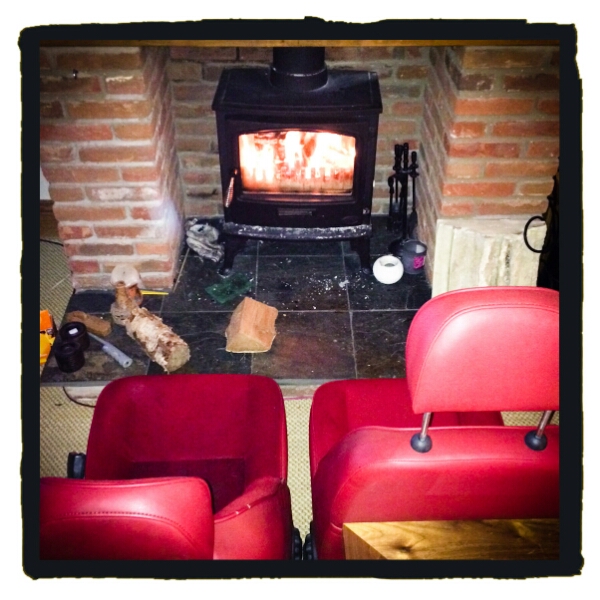 The seats enjoying their last night drying out in front of the fire… they’ll never have it so good. 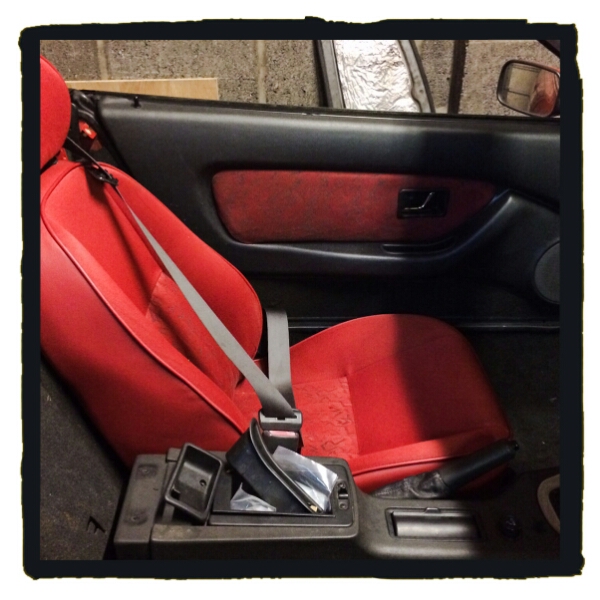 Back in the car with the carpets, looks like the door cards might need a bit of a clean now…